The 5 Cavalry Units of Morocco. History and tradition.

Morocco’s equestrian culture might not be widely known to the world but it sure is intriguing. Of all the oriental equestrian cultures, people are most familiar with the Beduin, the people of the Arabian gulf. The Berber, whose roots expand all of North Africa are also a horse culture, even before the Arabians came to their sands. Contrary to what others might think its presence is strong and imposing. Out of all the countries I have visited, when learning about an equestrian culture I have identified and observed certain elements that define it. The terrain, the native horses, historic events, but in Morocco there are two elements in particular that differ their equestrianism from others. Over time I have come across several passages in the Quran that speak of horses, most notably this one:

“Allah took a handful of southerly wind, blew his breath over it, and created the horse. He spoke to him and said, I have made thee like no other, all the treasures of the world lie between thy eyes. Though shall cast my enemies between thy hooves and carry my friends upon thy back. The saddle shall be the seat of prayers to me. Thou shall find happiness all over the earth, and though shall be favoured above all other creatures.  Thou shall fly without wings, and conquer without any sword, O, Horse!”

With this passage it is why Moroccans always state that horses in their culture are considered sacred, to posses a horse is one of the highest honours almost as a symbol of distinction. Curiously a great deal of historical references and quotes on horsemanship are associated to cavalry and warfare, thus also shaping cavalry philosophy and military concepts. From my findings I cannot find any other resemblance to cavalry gunfire charges in the world like the Berber. 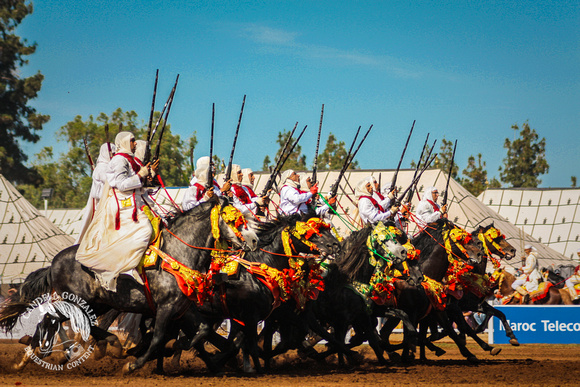 What once started as a simple tribal game and training exercise, became the basis for cavalry attacks in the region. A practice that is still present today and is known as ’Tbourida’ more familiar to us as ‘the gunpowder play’. It is the traditional equestrian art in Morocco by excellence and performed in any special occasion. In competitions the best charge is the one that manages to best maintain the formation of the column of horses when charging at the gallop, and the synchronisation of the firing of the muskets. The more synchronised the gunfire the louder the shot which is as strong as any artillery canon.

This is their heritage and is still present in their countries cavalry units today. According to old references in museums and art galleries, Berber riders would charge standing as high as possible on the stirrups in order to gain a vantage point when firing. This is still seen in Tbourida, and the characteristic salute of the Moroccan Royal Guard and Cavalry school of Temara is to stand in their stirrups.

Where as in most countries I have seen between two and three mounted units of different security forces, Moroccos has the Grand total of five.

1. The Moroccan Royal Guard: The oldest military Cavalry in the country at the service of the Royal Family. They are the most symbolic representation of Morocco´s equestrian and Cavalry Heritage. It descends from the Black Guard, founded in 1088 by Sultan Yusuf ibn Tashfin as his personal guard. They where named as such at the time for their dark skin, as the Sultan chose warriors from the southern regions of his Berber empire due to their Loyalty. Regions such as Mauritania, Mali, Senegal and even Sudan. The guard reached the hight of its magnitude in the 17th century, during the reign of Sultan Moulay Ismail I. It can be said that Mouldy Ismail executed the writings of the Quran on horses literally. His guard became a cavalry of 12,000 horses, for which he built stables to house every single one. The stables are still present today in Mekhnes, standing in ruins due to an earthquake, but its scale remains testament to the Sultan’s devotion to horses.

It became the subject of the famous paintings of Eugene de la Croix, most notably the ceremony of the ‘Bay’a’, the renewal of allegiance ceremony.  The Bay’a is probably the only ceremony today where a current reigning monarch still rides out on horse back.

Every year King Mohammed VI of Morocco on the anniversary of his coronation 23rd of July rides out of the Royal Palace in Rabat escorted by the Royal Guard for the renewal of allegiance from his subjects.

The main base of the Moroccan Royal Guard is in the Royal Palace of Rabat, but the guard is spread out throughout the entire country, standing guard at each of the Kingdoms imperial palaces, such as the palaces in the cities of Fez, Casablanca, Marrakech and many more. 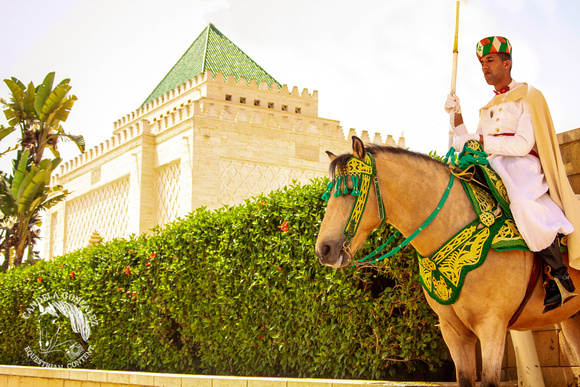 Royal Guard at the Mousoleum of Hassan II - Rabat

2. The Royal Armed Forces: The Royal Cavalry School of Temara.

The base of the Cavalry Unit of the Moroccan Royal Armed forces is located at the Royal Cavalry School in Temara, south of Rabat. It is the most prestigious Equestrian academy in the Kingdom, training riders for any of the five units, and provides equestrian courses with certified Diploma’s to both military and civilians. Its facilities hosted the World Equestrian military Championships in 2004. Apart from, dressage, showjumping and eventing it also trains in the traditional Moroccan Riding.

The Para-Military Cavalry Unit. Much like the Spanish Guardia Civil, they patrol the vast terrain of the country. From the coastal beaches in the west, across the rugged and harsh Atlas Mountains, through the rocky flats, all the way to the dunes of the Sahara. Horses are a great asset to these areas, as often they can reach certain places better than with vehicles. 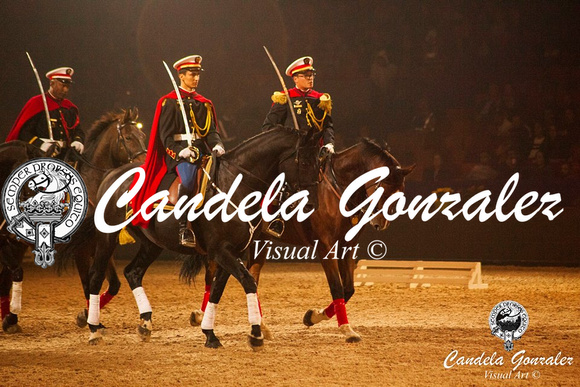 A relatively new Cavalry Unit that has been formed with its base in Kenitra, north of Rabat. The horses procured for this unit are varied, part from their native horses such as Arabians and Berbers the unit has also procured Friesians and Spanish Horses for their various functions. They performed together with the Spanish National Mounted Police this past November in SICAB and shall both join the Garde Republicaine for joint performance of the 3 units in Avignon this coming January. 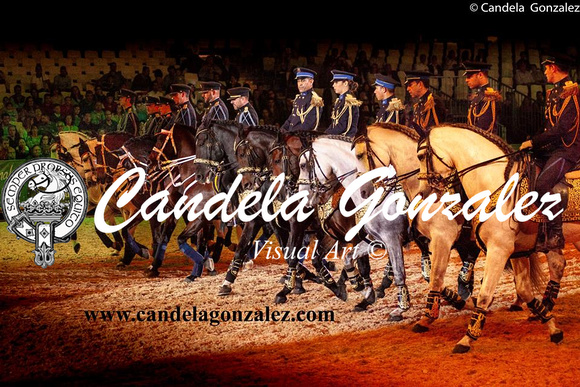 This Branch of the armed forces acts like a reserve and also holds its own cavalry unit. Its purpose is to provide support to any of the four other units should they require it.